How to find a defamation lawyer 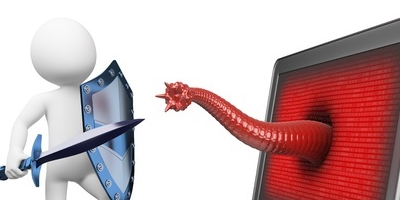 This is why, sometimes, old-fashioned defamation advice in relation to internet defamation, could backfire in the sense that even if the case is won at court, the defamation may still remain and even increase in volume. This can hardly be good news for the defamation victim.

The traditional defamation lawyer’ work is more ‘textbook’ based, which means it follows well established legal principles of defamation law, some of which have become out-dated over the past few years.

Traditional defamation solicitors, especially those who are employed by large City law firms, are likely to focus on legal solutions to online reputation problems. Stern, heavy-handed letters tend to be followed by expensive and rarely effective legal actions, which have  sometimes in the past produced very poor results for some very major clients.

Many of the traditional legal tools have hardly evolved over the past 100 years and they are being practiced by traditional defamation solicitors whose knowledge and understanding of the internet world is slightly greater than that of the average person on the street. After all, solicitors normally learn the practical aspects of their work from their supervising solicitor in the law firm and these tend to be very senior lawyers indeed, who might find the internet world a little bit overwhelming.

The experience of many of the traditional defamation solicitors largely relates to learning from traditional publications such as books, newspapers and letters. Online defamation is a different illness altogether. Treat it with traditional textbook defamation medicine and you are likely to make a bad problem even worse.

So what has changed? Why might traditional defamation legal solutions not be compatible with modern online defamation?

Compare this with the main causes of traditional defamation, which are more or less confined to erroneous beliefs or innocent misconceptions and you will see why online defamation is different.

It is obvious, isn’t it, that before one attempts to resolve a problem, one must first fully identify and understand the causes of it and if these causes are not deeply understood, then one might find oneself in the place of a patient with a sore eye who goes to receive treatment from the most expensive and highly prestigious brain surgeon in town. With respect, brain surgeons know very little about sore eyes and the last thing you would want the brain surgeon to do, is to open your brain up to try to administer medicine to your sore eye. In such a case, one can expect nothing but general deterioration in one’s health with the original sore eye now constituting the least of one’s problems.

Some players who are involved in defamation cases have been replaced.

Over the past 100 years or so, the law of defamation has been developed by expert judges over countless court cases, mainly involving newspapers and book publishers. Broadly speaking, the playing teams who developed our defamation laws used to be very well read and highly experienced judges, a small number of newspaper publishing groups and a few highly paid lawyers, largely based in the City of London.

Modern defamation lawyers are increasingly entrepreneurial-like in their approach to solving the problem at hand.

They approach online defamation issues from legal, technical and entrepreneurial angles and their solutions are not necessarily confined to local legal issues but are much more versatile. They tend to focus on obtaining successful results and workable solutions for their clients, who primarily, want their reputational problem to disappear rather than seek damages.

This refreshing approach which is often taken by the modern online defamation solicitors is pretty much in line with the latest technical developments and is reflective of their client’s needs. They understand the fact that winning a defamation case through the courts, may not be sufficient on its own, for their client’s on-going online defamation problems to completely disappear or even not to reoccur soon after the legal battle was won.

The use of personalisation by modern defamation solicitors, together with their ability to effectively communicate technical issues to their clients, makes it easier for them to find effective solutions to online defamation issues. And because of their deep-rooted understanding of the law as well as of technical matters, they are managing to develop personal relationships with key people in the social medial organisations and within the internet world, relationships which help them to affect the removal of websites, posts and comments with relative ease.
The ability to speak the same language and to effectively communicate with internet service providers is probably the most important asset of a modern online defamation solicitor because the reality is, that it is much cheaper and more cost-effective to facilitate the removal of material off the internet via dialogue than through legal action.

Lastly, many of the defendants who are now involved in online defamation cases are different in nature from their predecessors. In the past, most defendants in defamation law cases were editors of major newspaper titles, whilst currently defendants in online defamation cases are, generally speaking, normal people like your neighbour across the road who possesses very limited legal skills and experience.
They sometimes appear in court in person, without a lawyer to represent them but with a lot of passion instead. The defamation courts now allow litigants in person to even use video links, whenever regular travel to the court room is not practical for them.

The Size of the Defamation Field has increased

Traditionally, the playing field where defamation was created was very small in size. Newspapers, textbooks and letters, mainly published in the UK used to provide the main source of defamation cases. The old players in defamation law cases were therefore acting within some sort of comfort zone, limited both in size and in scope. This allowed the traditional defamation law solicitors to develop expertise within a very limited field of the defamation law.

This has now changed because the scope of defamation law has been widening. An opportunity to defame exists almost everywhere you look: on websites, blogs, forums, social media, emails and other online forums. Furthermore, defamation can now be initiated from anywhere in the world and be transmitted instantly worldwide. Defamation law is no longer a local or a national matter. Very often it involves cross jurisdictional issues which means the modern online defamation solicitor must have a sound knowledge of multi-national laws.

Modern online defamation solicitors spend hours upon hours researching, studying and investigating their playing field and they must, in addition to having a sound understanding of the law, be vested with specific knowledge of how the online world works and operates. They must be able to speak the language, be fluent in the jargon and fully understand the way things work on the internet, as well as the mechanics which cause online defamation to be created and then spread across. And to enable them to keep up with the rapid changes that are occurring on the internet, modern online defamation solicitors must now possess a rare combination of skills, which include legal, analytical and technical and they must maintain these skills constantly afresh.

It is not surprising therefore that some of the old fashion defamation solicitors, who for many years had been successfully scoring time and time again within a ‘Mini Football field’, are finding it difficult now to keep up with this rapidly changing area of law.

The Training which is required is not traditional at all

Whilst traditional defamation solicitors have almost always enjoyed the benefit of being trained up by their firm’s experienced defamation law partner (hence the reason why lawyers from other, smaller practices have in the past found it difficult to enter this field of law), much of the knowledge and skills of the modern online defamation solicitors have been acquired independently and by sharing experiences with colleagues all over the world.

In other words, internet law and online defamation law are not subjects which are taught at law schools. They can only be mastered by constant usage and by plenty of practical experience.
One of the reasons why many modern defamation solicitors acquire their unique skills independently, is that there was no one around to teach them these skills, because these skills are not traditionally associated with solicitors’ work. They are not listed in legal textbooks and are highly technical. In fact, many of the special skills that effective online defamation solicitors must possess are not necessarily legal skills but are skills which did not really exist up until very recently.

These skills are not written (yet) into textbooks and neither are they taught on legal courses. Knowing your law well is one thing, but understanding the magicthat makes pages appear on or disappear off the internet is a completely different matter so it is not surprising at all that some traditional defamation lawyers are finding it a bit difficult to adapt and participate in this new arena.

Traditional defamation solicitors are lawyers not IT specialists, not SEO gurus, not detectives and very often not NLP trained. And because one can only teach what one knows, trainee solicitors in some traditional, corporate like law firms might not receive the opportunity to enhance skills which are not strictly speaking, regarded as legal skills.

Training in large law firms is normally confined to the legal matters and legal matters alone. Modern online defamation solicitors, on the other hand, have always enjoyed the freedom to learn, to study and to pursue knowledge, without the constraints that sometimes exist within old-fashioned law firms, whose focus tends to be directed more on the production of billable hours almost from day one.

This is why modern internet defamation lawyers can offer their clients much more than traditional thinking and traditional legal genius. They possess skills, which are not normally associated with traditional corporate-like, old-fashioned defamation solicitors. And furthermore, it is important to note that most victims of online defamation, regardless of the size of their organisations, are looking for an online defamation solicitor with technical, psychological, investigative and inter personal skills in addition to the traditional legal abilities.
Wining a defamation case for a client is without a doubt considered to be the ultimate result for most defamation solicitors. This is one of the reasons why highly expensive and emotionally charged legal proceedings on behalf of lucrative clients, have been the bread and butter of some of the old-fashioned defamation law firms. But this has now also changed.

Most victims of online defamation have little or no time at all for highly expensive and everlasting defamation trials. By the time their defamation trial comes to an end, there might be nothing left of their business reputation. It is no longer about damages: it is now about damage limitation.

This is why modern internet defamation solicitors tend to commit their various special skills to help solving their client’s immediate online defamation issues, whenever possible, outside the court room and it is now clear that what many victims of online defamation consider to be a good result is not only the fast disappearance of defamatory comments from the internet, but also the learning which follows from a successfully defeated online reputation attack and the help and support which they receive from their internet lawyer, which helps them build up new systems and processes to prevent or at least minimise future online reputation attacks on their business.