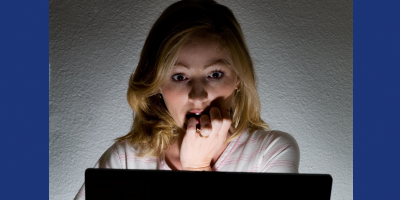 Victims of harassment online tell us that  they feel they have no one to turn to for help. If you have ever been a victim of any online attack and tried to report your attackers to the police, you would have been very disappointed to learn that your local police force either was not interested, didn’t understand your problem, was underfunded and therefore unable to invest time and resources in investigating your matter, or if your matter was finally investigated, you would have been told it would take a very long time for the criminal justice system to come up with any real solution to your problem.
Victims of online harassment, online intimidation and online defamation feel hopeless and powerless to act with a growing number victims seriously considering suicide as they feel they have no one to turn to for help.
The police in the UK are indeed not equipped to deal with online harassment and online intimidation. Very few senior police officers have any understanding of the psychic of the internet, the nature of a Google Bomb, the technologies or the techniques which online attackers and bullies use to intimidate their victims.

But even if the police accepted your case of online harassment and agreed to investigate it, the police would have warned you that if any action was to be taken against your online attacker, this would take a very long time to investigate and once investigated, a case would have to be made to a local civil servant who works for the Crown Prosecution Service who would eventually have to decide whether or not there is sufficient evidence to prosecute.

If and when, many months later, your case would have come to court, you should expect many more months of delay until it is completed, and not necessarily in your favour. You see, the criminal justice system requires a very high level of proof before anyone could be convicted which means the court might not necessarily decide in your favour.

In a recent case whic was brought to court by harassment lawyer Yair Cohen, and which is believed to be the first in the UK where a person was jailed following a long term campaign of online harassment, it took the criminal justice system no less than 18 months to place the harasser, who was internet savvy behind bars and even then the court was unable to force him to remove the intimidating blogs and websites which he created against his victim over a period of 18 months. These remain intact, which means that following the publicity which the case received in the national media, the defamatory comments and remarks gather almost unprecedented force and ‘search engine power’ which in turn means, that following the jail sentence which was received by the attacker, his defamatory blogs and websites received an unprecedented number of visits, causing the victim even more damage than before.

This begs the question of whether the criminal justice system is the best forum to have cases of online intimidation and online harassment resolved. Who wants to go through 18 months of hell just to see their attacker being jailed for a couple of months and without having the defamatory blogs removed at the end of the process, but instead, seeing the blogs gathering momentum because of the publicity which surrounded the court case?