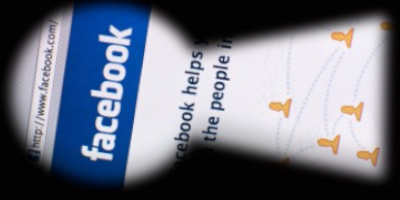 Internet trolling has become an epidemic. After the conviction of Sean Duffy I was hopeful that his prosecution and conviction will deter others from harassing innocent members of the public on the internet.

Unfortunately I was wrong. It will be difficult to argue that the conviction of Sean Duffy has made a significant impact on the numbers of internet trolling in the UK. In fact, what we are experiencing in the past 5 months since the conviction is an intensification of the problem.

As an harassment lawyer, I believe (and unfortunately my belief is supported by strong evidence) that the criminal justice system is not equipped to deal with cases of online harassment mainly due to the lack of resources. We have evidence to indicate that some police forces, may even have a policy of sending individuals who complain about internet trolling home, without even registering their complaint in the books, let alone conducting any sort of investigation.

“The only long term solution to the problem of internet trolling is for the government to establish a body with judicial powers to make it easier and cheaper for individuals to have the identity of their trolls revealed to them.”

Increasing sentences or giving police more powers without first dramatically increasing their budget to enable them to deal with this whole new area of policing would be a waste of an opportunity.

What we need to do is to make internet trolling socially unacceptable. At the moment internet trolling is a past time for many, otherwise decent, people. It gives bored individuals something to do and it is no longer part of a sub-culture. There is sufficient legislation in place and the bottle neck is clearly at the point where identities need to be revealed and not at the Magistrates’ Court.

The only long term solution is for the government to establish a body with some judicial powers to make it easier and cheaper for individuals to have the identity of their trolls revealed to them. This in effect, will make anonymous posters think twice before engaging in any such criminal activity and will bring back accountability to the system.
remember to watch (particularly if you have children)!

BBC’s Inside Out programme has investigated the latest rise in internet trolling. Watch it on Monday 06/02/2012 at 19:30 on BBC1 (London) or on BBC I player.