Internet law in the UK 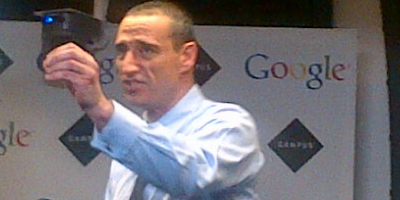 Four years ago, when I initially set up the first Internet law department in the UK in my old law firm, Bains Cohen (now called Pinder Reaux) , people thought that an internet lawyer was one who gives legal advice over the Internet.

This is because in the UK there isn’t and there has never been an official area of law which is called “Internet law”. Today everyone understands what I do. Simply put, I get rid of bad or negative internet webpages.

Despite some great achievements, sometimes moving more than one hundred reviews in one go, my work has become more challenging each day because bad faith reviews and professional defamers become more sophisticated each day, making the distinction between an innocent review and outright defamation harder to make.

We have (virtually) traveled across the globe from Russia to the United States from Uzbekistan to Mexico from Turkey to Canada  in our quest for solutions to our clients’ personal and business reputation problems. It is now obvious that  internet defamation is actually a big business for many people who directly benefit from having outrageous reviews publish on their websites.

We call these people ‘The Complaints Barons’ because their websites which are  dedicated to  complaints/defamation sometimes become a breeding ground for blackmail and extortion. The ‘Barons’ have the power to remove articles from their website but they only agree to do so if you pay them money.

Internet defamation is used by some as a mean of extorting money (through PayPal mainly) and all is being done very openly and without fear of the law.

Over time, issues of internet defamation have started to become more and more urgent for my clients, mainly because of the speed by which internet search engines are now delivering search results, which means I have found myself acting more and more as a troubleshooter rather than a conventional lawyer. The law alone, cannot solve all the problems in the world and internet defamation has gone far beyond being a legal issue for many. Fighting it has become for them a matter of survival.

Internet defamation has now become such a specialist area requiring legal, technical and general people’s knowledge and understanding in order to get the most difficult internet law issues resolved.