Internet Law Expert Yair Cohen says that victims of online reputation attacks and online intimidation should take their cases to the high court instead of reporting them to the police.

As a hospital administrator has become the first man in the UK to be jailed for stalking a woman by blogs, internet law expert, Yair Cohen says that it seems that the authorities have now sent a strong message to all those who wrongly believe that the internet is a lawless land where stalking, bullying, harassment, defamation and blackmail are a fair game and have demonstrated that online harassment shall not be tolerated in our society.

In a case which was heard by Magistrates in Manchester, a 38 year old man, Stephen Andreassen continuously attacked his female victim by using no less than 35 website blogs in which he repeatedly insulted her, causing her upset and reputational damage. Andreassen also used emails to harass his victims as well as social networking sites such as Facebook.

“It is not surprising at all”, says one of the UK’s leading internet legal experts Yair Cohen, “that it took the authorities 18 months before Andreassen was finally jailed. By this time, his victim must have been completely destroyed 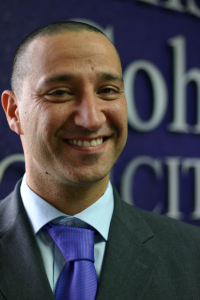 I strongly advise to take cases to the High Court and to obtain a comprehensive injunction within 48 hours.

mentally and emotionally. Her confidence must have been shattered and her trust in people would have been replaced with cynicism and weariness. Had this hate campaign been conducted offline, I have no doubt that the authorities would have acted much quicker to bring it to a halt.

By the time Andreassen was jailed he had already appeared in court on a number of occasions. On one occasion, after he admitted harassment, an order was made against him to refrain from mentioning his victim’s name on any websites. Again, it appears it took some time before this very limited court order was made and even longer, before breaches were dealt with.

Despite him being jailed, a large number of the defamatory blogs that Andreassen created against his victim still remain active and are visible to the entire world to view. Yair Cohen says that a properly prepared High Court injunction would have ensured that the blogs and websites were removed by the internet service providers and that once such an injunction was granted, it could last for life, preventing anyone from taking part in the publication of material which is prohibited by the court order.

During his online campaign of harassment, Andreassen boasted of being so skilled in IT that he could set up and manipulate blogs about Miss Pattinson quicker than they could be deleted.

“It is not unusual for IT skilled individuals to blackmail their victims by making threats to destroy their victim’s reputation unless certain demands being met,”says Yair Cohen. “The police have seemed to so far, failed to recognise the fact that this form of blackmail is a criminal offence, mainly out of ignorance and lack of resources. In my law firm we take these sorts of threats very seriously and we make sure that we articulate clearly to the perpetrators of such online threats, the civil as well as the criminal implications of their actions.”