Recently I received a telephone call from an extremely worried mother. She told me that her son, a sixth former who studied at a school near Rochdale, was being falsely accused of some very serious matters on Facebook.

I  am a lawyer and my speciality is internet law and social media so I am used to receiving telephone calls from people who feel distressed about things that are being said about them on the internet. This telephone call, however, was different because it came not from the person who was being abused online, but from his mother.

It seemed a pupil at the school had created a Facebook Page, which he used for the purpose of posting unpleasant and false commentary about his fellow pupils and about their relationships with one another. Many of the posts were of an abusive and sexual nature and cannot be repeated here for obvious reasons. It was apparent that some of the pupils who became the subject of the abusive commentary were very distressed and a few even posted on the Page, begging the author to stop, but to no avail. 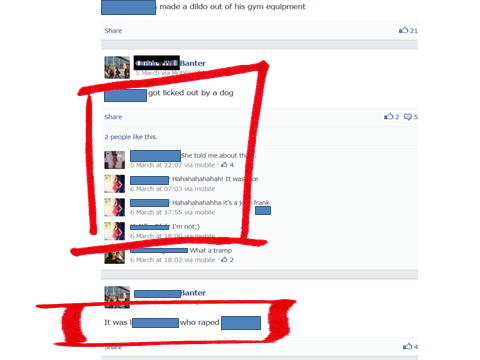 The worried mother told me that she was concerned that if the posts remained on the internet, they could potentially harm her son’s future as when he grows up and applies for jobs, the potential employer might believe those false allegations about him and will not want to employ him as a result. She also told me that her son was too scared to report the abuse to the school so she decided to report it herself, but that the school told her that no school policy was breached because all the abusive posts appear to have been posted after school hours. The school did not feel that it had any responsibility to police or to sanction any action taken by its pupils outside school time. She then asked Facebook to remove the offensive Page but never received a reply. I agreed to take on that case on a voluntary basis and after receiving legal correspondence, Facebook agreed to delete the Page from the internet.

This case taught me a number of valuable lessons. First, that schools must be attentive and sensitive to how the internet is being used by pupils and if online abuse exists, the school must act regardless of whether the abuse was posted on the internet after school hours. Second, that young children don’t always appreciate the long term damage that internet posts can cause to them and to their employment prospects. And third, that every school must have an easily accessible method by which pupils can report online abuse and harassment that affects them or others.

This case also reminded me that the lack of policing of the internet can result in short as well as long term devastating outcomes to some of the most vulnerable member of our society. It made me wonder whether time has now come for us, the adults, to rethink some of the anarchistic idealisms that govern the current use of the internet and introduce at least some basic governing and policing principles similar to the ones already exists in the ‘real world of our thriving offline society.