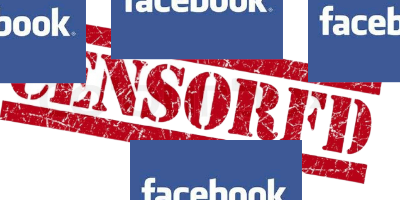 It calls them “dangerous individuals” and they include people accused of hate speech anti-Semitism and white supremacist views.

They all happened to be linked to one side of the political spectrum, which some people say is very worrying for the future of free speech on social media.

Recently, on LBC, UK's social media and internet lawyer Yair Cohen was asked by Eddie Mair: 'What do you think of Facebook's action here?'

I think it is very difficult to justify this action by Facebook and I'd be the last person to condone anti-Semitism.

Unfortunately, there is an increasing commonality between the left and the right, particularly at the extreme ends.

One of the main reasons given by Facebook for blocking those Facebook accounts was that many of the individuals blocked had been promoting anti-Semitism which, coincidentally, is one of the thickest common threads that link those two extremes. It seems, however, with very few exceptions that Facebook is only acting in relation to right-wing extremism, which makes the left-wing extremists feel fairly good about their own anti-Semitics views. For some reason, far-left anti-Semitism is far more acceptable to Facebook than far-right anti-Semitism.

Far left anti-Semitism views are often aired by “smart” people including academics, “liberal” politicians, respectable newspapers and others who are “too good” to be anti-Semites.

There is no question that the far left has become even more extreme with its anti-Semitic views than the far right.  Therefore, Facebook’s one-sided banning of one side of the intolerance spectrum isn’t going to do any good.

Facebook’s policy of dividing the extreme left from the extreme right isn’t helpful. In fact, it is likely that the ban on far right extremists will increase anti-Semitic sentiments, first because the far right will just continue doing what it does best, which is to fight for its right to express its bigotry views and second, it legitimises the far left who will feel that its own form of anti-Semitic sentiments, which are often dressed up in “progressive” language  is acceptable, because ‘hey, you know, Facebook says it's okay. We haven't been banned.’

The truth is that doing something half-heartedly isn’t the answer. For many years I have been advocating for a better policing of the internet and love it or hate it, in the future, the internet is going to be heavily regulated.  Selective policing is injustice and history tells us that the consequences of selective policing and selective justice are often far worse than no policing at all.

Facebook is very well known to be a left-wing organization.  On 23 August 2018, a post by Brian Amerige, a senior Facebook engineer, went quietly on Facebook’s internal message board, saying, "We are a political monoculture that’s intolerant of different views".  Facebook has since admitted to not having sufficient political diversity within the company and the concern is that taking action against one group of people, who happened to mostly consist of far right individuals is going to result in developing a resentfulness and anger among the far right whilst at the same time giving the far left an assurance that its form of anti-Semitism and other intolerances are acceptable. Whilst the message to the far-right is clear, the far left, on the other end is sent an ambiguous message that at best says, ‘Hey, you are doing just fine. You can continue spreading your form of anti-Semitism.’

Facebook is paying a lip service to the UK government’s calls for it to do more to combat intolerance and advocacy to self-harm.

It is only a lip service because it only bans a group which Facebook believe is outside a consensus.

Facebook’s efforts might have come across as more genuine if it banned anti-Semitic expressions full stop. But anti-Semitism is only one type of expression which Facebook needs to address. Anti-vaccine propaganda is another. In India, children are dying every day because their parents refuse to vaccinate them due to anti-vaccination propaganda which they either see on Facebook or Instagram or which they did not see themselves but had been told about, by someone in a position of authority, such as a teacher or a priest. The anti-vaccine propaganda, generally speaking, reflect far-left and libertarian-authoritarian values, which are not only allowed to go without interruption on Facebook but which are actively promoted there via sponsored links and auto suggestions searches. Despite the horrific consequences of this propaganda, which impacts on the lives of some of the poorest people in the world, Facebook believes that these views constitute “free speech”. In my view, anti-vaccine propaganda, is as bad as anti-Semitism propaganda.

So how is this is all going to end? I believe that in the future, there will be a third party, an impartial body that will advise Facebook and other popular social media organisations about the correct balance between free speech and the ban of intolerance and fake news propaganda. Ideally, this advisory or regulatory body will be acting as an advisor or a mediator and will be free of political affiliation and its role will be to provide social media companies with fair and impartial advice.

The government will eventually, like it or not, police the internet. This is inevitable. Recently it published a White Paper which warned internet companies very clearly of its intention to set up a news internet regulator. How powerful this regulator will be, will largely depend on how genuine social media companies’ effort to combat intolerance, prevent self-harm and decrease the amount of fake news is. So far, they aren’t doing that great.