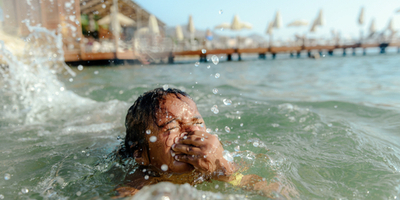 As of September this year, almost 500 of these pages remain active and the decision is still not forthcoming on 155 pages from various social media giants. The director of threat leadership for the National Crime agency, said the posts were not seen as offensive enough by the companies.

The main reasons provided by social media companies for pages not being removed are established in their views that the page does not for example contravene their policies and that the page or post does not meet the required threshold to constitute a breach of policy. On occasion, individual posts will be removed but the main pages will be kept open. This approach raises questions about the role that social media plays in facilitating people trafficking.

To date, there has been a record of 6100 channel crossings this year. It may be the case that we need to give the National Crime Agency additional powers which would enable them to do their job properly and thereby force social media companies to shut down some of those communication channels that were used by people smugglers. It seems we are currently in the middle of a power struggle between the social media companies who want to have autonomy and the final say over important social justice issues and Western elected governments whose first duty is to protect their people from Social media companies. The Western elected governements also appear to want to remain the final judiciary in relation to anything that goes through their system.

It may arise that some people will see it as absurd that these important decisions, such as whether to allow people traffickers to communicate between themselves and therefore social media is almost facilitating individuals being illegally trafficked, should be a decision which is made by caseworkers at Facebook, Google or Twitter. These are such fundamentally crucial decisions that we know for a fact, end up costing people's lives. Social media companies are getting closer and closer, by the day, to becoming fully regulated.

The only questions is when, not if. Within a very short period of time, we are likely to start seeing moves towards full regulation of social media and this will be the type of regulation that works. There will be financial sanctions, judicial sanctions and reputational sanctions.

The fact that many of these companies are located in the US, is unlikely to save them from becoming regulated and subordinated to the UK government. It is very possible that the UK Government will apply the same principles of GDPR that effectively place burden of compliance with any company anywhere in the world who wants to do business within the UK jurisdiction. Is this the beginning of the end of the chaos? Time will tell.