via Web Host Liable for Contributory Infringement. A South Carolina jury’s recent $770,750 verdict against Bright Builders Inc. marks the first time a Web-hosting company has been found liable for contributory infringement without actual notice that a customer’s website lists fake products for sale. 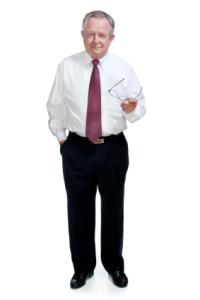 Giggsgate: privacy law is on the cards after legal fiasco – Scotsman.com

Scottish experts have warned gagging orders are ineffective following the naming of Ryan Giggs and former banker Sir Fred Goodwin in the House of Commons.

Critics believe the UK government is to blame for not reacting quickly enough to the incorporation of the European Convention on Human Rights (ECHR) into UK law in October 2000. Prime Minister David Cameron has expressed concerns about privacy laws being developed in courts rather than in Parliament.

However, Dr Gillian Black, lecturer in law and privacy specialist at Edinburgh University, said successive governments had â€œducked the issueâ€ and must now introduce new laws as a matter of urgency.

â€œIt is incumbent on Parliament to do so,â€ she said. â€œThe media is very unhappy about the courts doing this (writing privacy laws], but they are only doing so because Parliament has ducked the issue.

â€œThe article eight right to privacy (in the European Convention on Human Rights] has been here since October 2000, so Parliament has had long enough to go away and think about these things.â€

However, she believes governments have long viewed more stringent privacy laws as a vote loser, with the press and public putting a high value on freedom of speech. Dr Black said: â€œTheyâ€™ve not simply missed it. Itâ€™s a well accepted fact in the academic world of privacy that the government has not been willing to legislate because itâ€™s not going to be popular.â€

She said enshrining privacy laws in legislation would go some way to encouraging people to respect it.

â€œOne concern is that the courts make this up as they go along,â€ she said. â€œWhat we need is a statutory right to privacy â€“ a privacy bill.

â€œThe government would not have to do much more than set down what judges have already done, but it would clear up what the media can and canâ€™t do.

â€œThe one thing they can address is the remedy. Super-injunctions are a failed remedy.â€

Super-injunctions have become highly controversial as a court order that not only bans the media from publishing information, but also from revealing that the order even exists.

Former Royal Bank of Scotland chief executive Sir Fred Goodwin obtained one to try to hide details of an alleged affair with a colleague, although the order had to be altered after a peer revealed details in the House of Lords.

BBC journalist Andrew Marr also obtained a super-injunction to try to hide an affair with a colleague â€“ he later abandoned it and admitted he was â€œembarrassedâ€. Since the UK became compliant with the ECHR, judges have had to balance the two competing rights within it of freedom of speech and privacy â€“ such as when Mr Justice Eady ruled in favour of Manchester United footballer Giggsâ€™ right to privacy â€“ over Imogen Thomasâ€™ desire to name him when speaking publicly about their alleged affair.

However, Frank Johnstone, convener of the privacy committee of the Law Society of Scotland, said it is not judgesâ€™ privacy laws that have been the problem, but the way they have tried to enforce them.

â€œI donâ€™t take the view that the law on privacy has been broken,â€ he said. â€œThe law was interpreted by a judge and he granted a remedy â€“ the super-injunction. The remedy has proven to be ineffective, that does not mean the law was wrong.

â€œRights are important but rather meaningless if you cannot translate it in effective remedy.â€

He suggested tighter security might be imposed around the court proceedings, limiting the chance of the information getting out.

â€œWhat would be interesting to know is how did it get out in the first place, someone must have breached it initially, and it is that person that made it an ineffective remedy,â€ he added.

However, Maurice Frankel, director of the Campaign for Freedom of Information, warned free speech must be enshrined in any new legislation.

â€œMy concern would be in cases where thereâ€™s genuine, or substantial, public interest that that (freedom of speech] should not be over-ridden.

â€œFreedom of expression is very important. Itâ€™s not an automatic trump card over everything else, but neither should it be set aside.â€

Yair Cohen, a leading internet lawyer, said people should be given stronger powers to challenge inaccurate or defamatory stories before publication, as an alternative to super-injunctions.

However, he also warned that celebrities who cheat on their wives, husbands or partners, may have to accept the blame for hurting them if their antics later appear in the press.

â€œAnd the family member who committed the indiscretion will have to take some responsibility for his actions, including the effect of his actions on members of his family.â€

He added: â€œAny change in the law of privacy should cement this principle but should also give an opportunity to aggrieved parties to challenge any publication in advance in the event that the information which is about to be printed is incorrect or defamatory.â€

Meanwhile, French President Nicolas Sarkozy yesterday opened the first ever e-G8 forum in Paris. The event brings together leading figures from the technology industry to discuss the impact of the internet.

News Corp chief executive Rupert Murdoch and BBC director general Mark Thompson were due to speak at the event.

NATIONAL newspaper columist and Weybridge resident Kelvin MacKenzie says he will not reveal his emails or text messages to a defence lawyer in a super-injunction case.

The former Sun editor got dragged into the super-injunction case between the affair of a footballer, who cannot be named, and reality television star Imogen Thomas, after revealing on BBC Radio 4’s Today show he received emails and texts from readers asking to tell them the names of celebrities using injunctions to protect their privacy.

By Lawrence Latif Fri May 13 2011, 17:01 FREEDOM OF INFORMATION was the reason given by a blogger who published the full text of a gagging order.

As celebrities clamour to cover their indiscretions by asking judges to issue injunctions that suppress information, one blogger has gone a step further and revealed, in full, a gagging order. The super injunction was granted to a claimant, referred to as ZAM, to prevent details of his (mis)behaviour from becoming public.

Writing in today’s Scotsman, I explain that the super injunctions have interfered with our good set of moral values and have caused confusion regarding our perception of the difference between right and wrong.